Wow! They are from Rahway?! 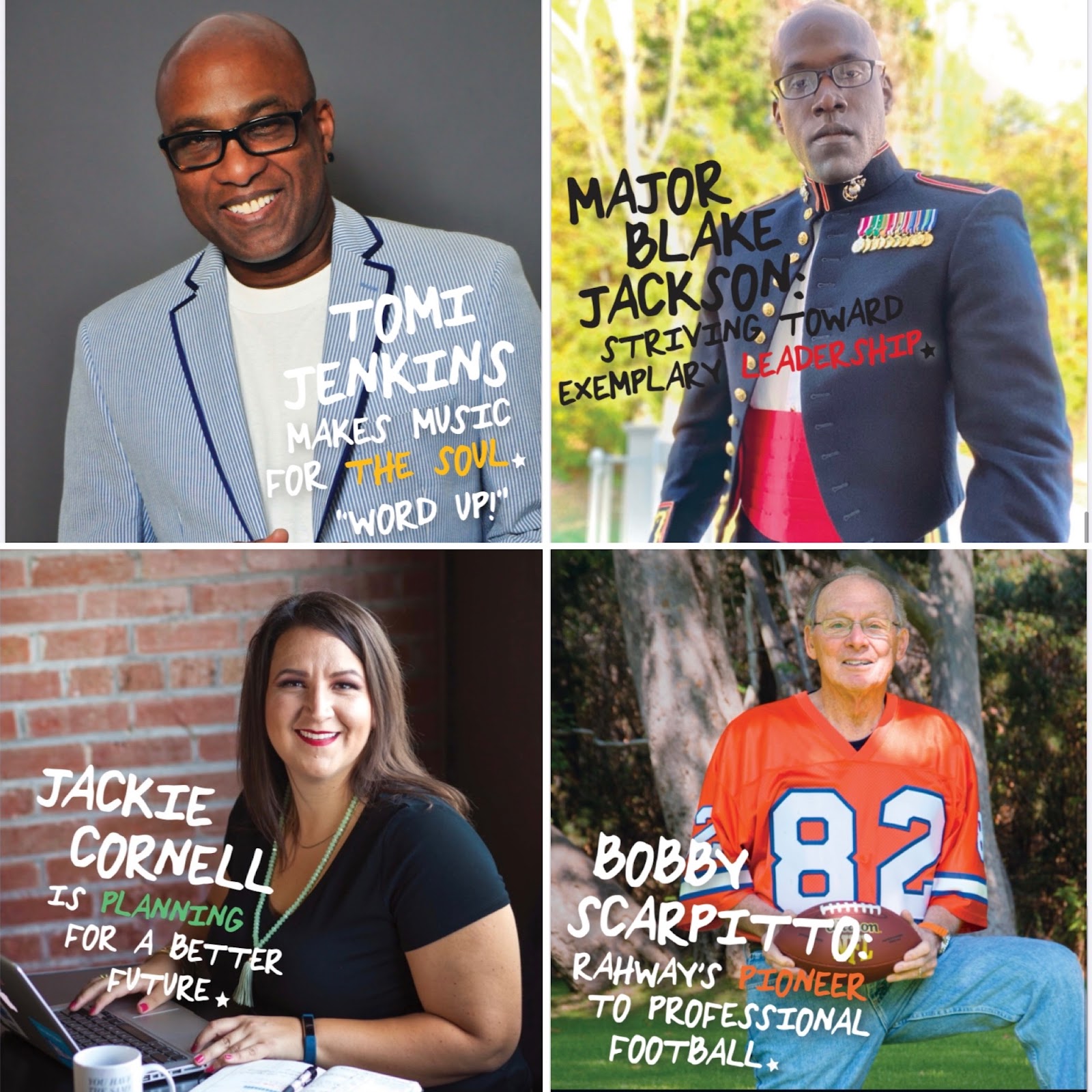 “And for our next honoree that makes you say, ‘Wow! They’re from Rahway?’…” explained  Patricia Volino-Reinoso, Principal of Madison School and a founding member of the Rahway’s Own program, “…Tomi Jenkins! From the musical group Cameo!”

The annual Rahway’s Own celebration is usually an in-person event, hosted at Rahway High School. Due to the coronavirus pandemic, this year’s annual celebration was prerecorded and the premiere was held virtually on Sunday, December 17, at 7pm on the Rahway’s Own  Youtube channel. Matt Milligan, of Matt Q Productions, and a 2019 Rising Star (the youth recognition branch of the Rahway’s Own program) assisted the Rahway Arts + Business Partnership in the development and creation of this new format.

The Rahway’s Own program was conceived back in 2012 as a rebranding and marketing campaign to highlight luminaries who have called Rahway home. Some of the past Rahway’s Own, such as Milton Friedman, Daphne Lee and Carl Sagan, are Rahway natives. Others, such as Nikola Tesla and Shanice Williams, called Rahway home as they achieved national or international recognition for their talents. All of the Rahway’s Own honorees have been molded by their time in Rahway. This year’s class of 2020 does not disappoint.

Four were chosen this year: Professional football player, Bobby Scarpitto; Public Health Strategist, Jackie Cornell; Major Blake Jackson, Chief Artillery Officer for the USMC; and the aforementioned, Tomi Jenkins, founding member of the 80’s Funk band, Cameo.  Each honoree spoke of the hard work and determination they needed to find within themselves to accomplish their goals. Each one attributing the Rahway community as an integral part in helping develop those traits.

During the celebration, Louis Campbell, a Rahway’s Own from 2018, spoke about what it meant to receive this honor. Campbell, recording his message from Copenhagen, Denmark, recently came home and hosted “Teen Talks with Louis Campbell”,   until the program was shut down due to the resurgence of the pandemic. He spoke of the pride this program instills in this community and the youth, as we all learn about these exceptional people coming from Rahway.

Major Blake Jackson spoke about growing up in Rahway and how his time on the wrestling team and JROTC helped mold his work ethic and dedication. He learned that hard work is what is needed to get you from good to excellent. Jackson shared that his time in the Musical Theater program in Rahway was also an important part of his development. He feels creativity has a role in any career or problem you are facing, crediting and thanking his Musical Theater teacher, Mrs. Watson.

Introduced by Offensive Tackle for the Buffalo Bills, and 2017 Rahway’s Own, Dion Dawkins, Bobby Scarpitto spoke of the difference in the AFL/NFL now, versus when he was playing during the 1960’s. Scarpitto paved the way for many talented athletes by becoming the first from Rahway to play professional football. Drafted by the Chargers, he had a record-breaking career as a punter with the Denver Broncos. He cited his many coaches, teachers and community members who supported him and gave him valuable advice, including getting an education while playing for Notre Dame University, knowing he wouldn’t be playing football forever and would be needing something else when his playing days were behind him. He was grateful to be recognized as one of Rahway’s Own.

The unique vocals you hear throughout one of Cameo’s signature songs, “Candy,” are those of Tomi Jenkins, one of the founding members of the standout, soul-inspired funk group.  During the presentation, Jenkins reminisced about his schedule early on in his career, touring with his group from Friday to early Monday morning, and then going to his job at Merck-illustrating his commitment to his art. It wasn’t easy, but he was following his passion and put in the hard work to succeed. Tomi is still working hard, creating new music, authoring his third book and working on a screenplay.

Joel Payne, political strategist and a 2019 Rahway’s Own, spoke fondly of his friend, Jackie Cornell, who has had an influential career in public policy. At both the state and national levels, including as a Director of Health and Human Services under the Obama administration, Cornell has been a staunch advocate for underserved populations. Her current position as Chief of Policy and Innovation at the cannabis edibles company, 1906, again puts her at the forefront of important issues affecting our country. Cornell, reminisced about her father’s health crisis that alerted her to inequalities in our healthcare system, which, in turn, inspired her to dedicate her career to rectifying our public policies.

“It is my distinct honor to be a part of the Rahway’s Own program,” stated Mayor Raymond Giacobbe. “Our City is full of talent and every year we have the chance to showcase individuals whose hard work and success has earned a nomination to the program. I look forward continuing to be a part of this yearly celebration.”

After viewing the celebration, one is left proud and inspired by Rahway and her sons and daughters, proud to be a part of the rich tapestry of this community. If you missed this little bit of joy, in what has been a difficult year, then you should take some time to watch the presentation. It can be seen on the Rahway’s Own Youtube page. The link is listed on the Rahway’s Own Facebook and Instagram pages.
Nominations are open for the class of 2021! Go to www.Rahwaysown.com to nominate someone who you think is worthy of being honored as one of Rahway’s Own.