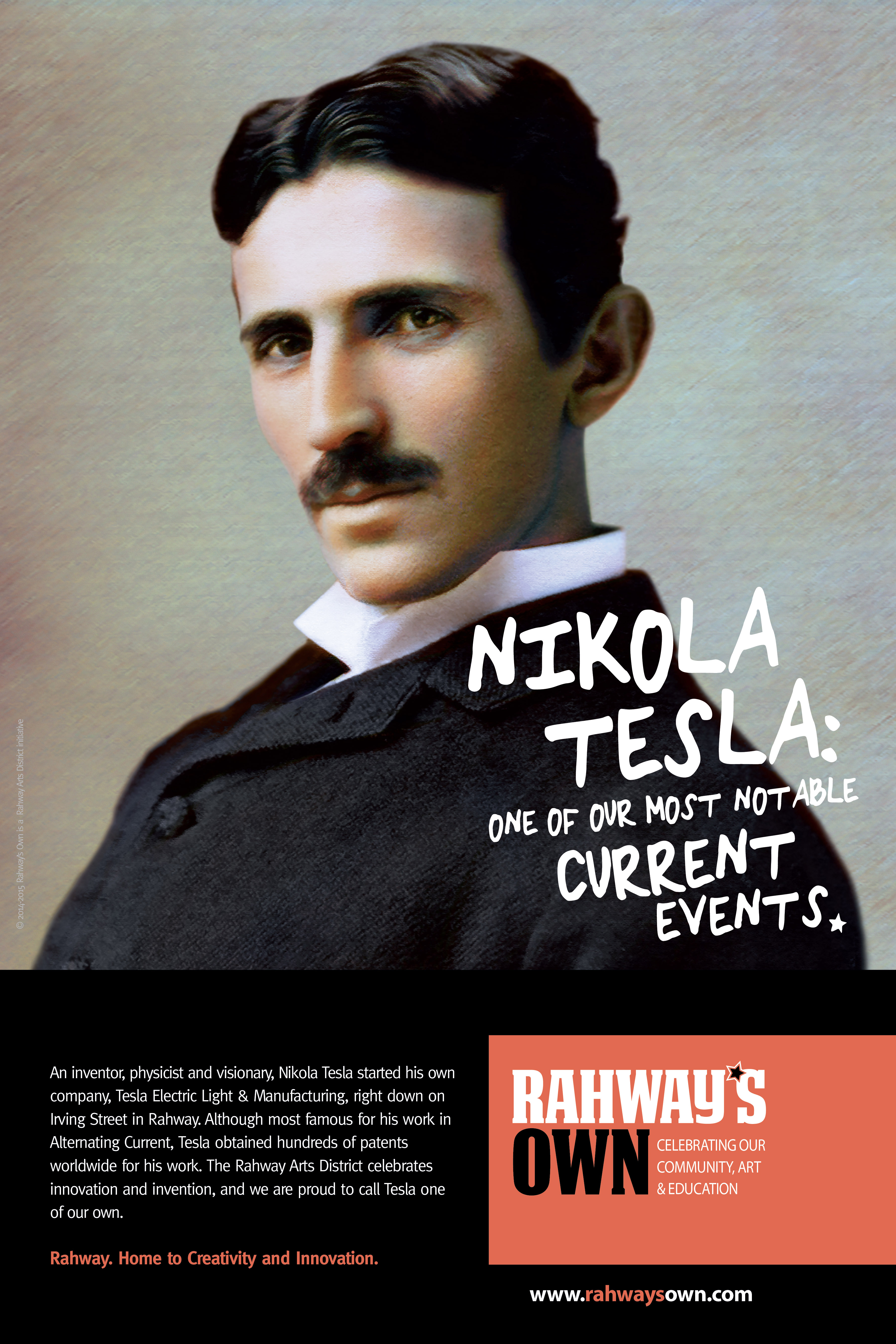 The Rahway Arts + Business Partnership has launched an important marketing campaign to showcase Rahway, as ‘Home to Creativity and Innovation,’ building on the success stories of local residents and the city’s significant investment in the arts, innovation, and education. The campaign, themed “Rahway’s Own,” launched Sept. 1. It covers a range of print and digital media.

“Rahway has been home to many visionaries and innovators,” said Rachael Faillace, executive director, Rahway Arts District Inc. “Creativity has had a strong place in this city’s history and it’s at the heart of its current renaissance. We want to share Rahway’s success story with the world.”

The campaign, developed in partnership with Wizdom Media, a Rahway-based creative design studio, highlights five Rahway residents in a series of posters appearing on New Jersey Transit station platforms and other media outlets:

Ike Igbinosun – Known for his outstanding leadership skills and athleticism, Ike took his training from the Rahway football field to the NCAA, then on to the NFL. He currently plays for the Buffalo Bills.

Concurrently with the release of the posters, a series of interviews with Rahway notables – including artists, musicians, political figures, and business people – will launch on Sept. 9 on ArtsRahway social media channels. The first season runs from September – December 2014, with a new episode releasing every two weeks. Brief descriptions of the fall season episodes:

Artist J.D. McGuire talks about the importance of public art within a community. He is currently working with the Rahway Teen Mural Lab to design and paint a large-scale public artwork for downtown Rahway.

Rahway Mayor Samson Steinman talks about public investment in the arts and public places, and the relationship between the arts and economic vibrancy.

Antonio Garay shares the stories behind the Hello Kitty smart car, his colorful hairstyles, and how growing up in Rahway helped shape his career.

Local shop owner and creative recycling artist Angela Pryor discusses why she has made Rahway her home and place of business.

Professional dancer Daphne Lee talks about performing overseas, a typical day in the dance studio, and what is ahead of her in her career.

Aussie rocker Brien McVernon explains why he’s traveled half way across the world to make Rahway, his new home.

The leading artistic figures behind Ballets with a Twist, a contemporary dance company, discuss the behind-the-scenes collaboration that goes into the company’s signature program, Cocktail Hour.

The “Rahway’s Own” campaign is the first comprehensive marketing campaign launched by Rahway Arts District Inc, aiming to deliver more than 16,500,000 impressions before the end of 2014.

Rahway Arts District Inc is dedicated to raising awareness throughout the region about Rahway’s vibrant community and growing central business district. Rahway has been recognized for its efforts to establish a thriving local economy based on arts, innovation, and sustainability by the National Endowment on the Arts, Geraldine R. Dodge Foundation, and Sustainable Jersey.